Are you someone who loves the Russian Blue cats? If yes, I have something that will surely excite you. Generally, I have seen that the people who love the cat or any other animal, get excited if he/she gains some more information about them. Similarly, if you are one of the Russian Blue cat lovers and you got to know some fascinating information and facts about them then, won’t it be a great thing?

Yes, you guessed it right. In this article, I will be mentioning some of the interesting facts about a Russian Blue cat, which you may be unaware of till this date. Here, the facts hold various habitual matters, the cat’s historical significant events, and many more. Therefore, you should stick to this article till the end so that you don’t miss the facts about your favorite Russian Blue cat.

Fundamental Facts To Learn About The Russian Blue Cat

Furthermore, as the name speaks itself, it is very much obvious to know that the Russian Blue cat breed originates from Russia. And the cat’s coat color is blue. But, apart from these, do you know some interesting information or facts about your preferred Russian Blue? If not, let us jump into it.

Historical Facts That You Should Know About Russian Blue

Later on, people started knowing this breed, which is now one of the most loved cat breeds.

Why Is Russian Blue Known As Archangel Blue?

Did you know that your favorite Russian Blue had appeared in the world’s first cat show? If not, then here you go.

Further, in 1912, the Russian Blue cat gained recognition as an official or approved breed in America.

Thus, Russia’s old folk tales describe the Russian Blue cats as the favorite of the Russian royalties after this incident.

There is a constant comparison of the Russian Blue’s charming eyes and the slight up smile with the Mona Lisa’s elegant smile.

It is one of the most interesting facts about Russian Blue cats. But, it is true that the Russian Blue breed almost got disappeared when World War II began.

During World War II, it became difficult for the Russian Blue breed to continue their family line as the situation was quite worse. Due to this, the number of Russian Blue started to decrease. As the decremented level was increasing, there was a time when they almost disappeared. Later, as the war ended, many cat lovers across Europe decided to save the remaining Russian Blue cat breed. People from many European countries came together and preserved them by crossbreeding it with another cat breed, which is the British Blue cat breed and Siamese cat breed.

After the crossbreeding with the British Blue cat and Siamese cat breed, the American breeders started to develop the Russian Blue cat breed of which we all are aware of today.

Unlike other cat breeds, Russian Blue marks oneself as a unique cat breed by presenting some fascinating features of its own. And being a Russian Blue breed lover, one must know about their impressive facts.

The Fascinating Coat of A Russian Blue

Most people know that the coat color of the Russian Blue cats is blue. But, it is not the entire truth.

The coat of the Russian Blue cats is short, thick, beautiful, and double-coat. It means that the cat’s coat consists of two layers: undercoat and topcoat. The undercoat is notably soft and light, whereas the topcoat is thicker. Also, the color of the topcoat is blue with shining silvery at its tips.

By having this kind of fascinating coat, the Russian Blue cat breed has a distinct character amongst many other cat breeds.

Russian Blues Are Shy And Quiet Among Strangers

It sounds unusual, but it is a fact about the Russian Blue. They take time to get along with new people. But once they start knowing you, they will be your best companion. Also, they are remarkably loyal to their family and their loved person.

If you have a Russian Blue cat and guests visit your place then, your cat will feel shy and will start finding a hiding spot. It is one of the distinct characters of a Russian Blue cat breed. They will feel awkward and shy initially around the stranger until you introduce your cat to them.

The Russian Blue is a highly intelligent and smart cat. It takes less burden for you to train them as they are very skillful and quick learners. They love to play, and this can be the easiest way for you to instruct them.

You can teach them to play fetch, feathery like toys, and many more. Because they enjoy playing, it becomes easy for you to train them in this way as they can perceive quickly.

It becomes highly essential for you to manage a hygienic environment for your Russian Blue.

How To Maintain Good Hygiene?

If you have a Russian Blue cat at your place, maintaining good hygiene is something that you should know. Keeping the Russian Blue’s body and the environment around them clean is highly essential. To maintain their body, combing their hair and brushing the teeth at least once or twice a week is extremely important. Also, keep in mind that the litter box of your cat shouldn’t be left dirty or unclean. They won’t use the litter box if it is left dirty or if the litter box is in a messy area.

Thus, it becomes highly essential for you to manage a hygienic environment for your Russian Blue.

Eye Color Differs As Kitten And As Adult Russian Blue

In reality, the silvery tips and the blue coat color of the Russian Blue is the diluted variant of the cat’s black hairs. You can even call them a black cat with their washed-out coats.

Russian Blues Are Kind Of Hypoallergenic

The Russian Blue cats produce a lower level of Fel d 1 protein, which flows in the cat’s saliva and skin. When this protein gets into some human body through the Russian Blue as they even shed but low, there exists the possibility of allergic reactions. Some people may start wheezing, itching, and have watery eyes.

Russian Blue Looks Larger Than They Are

The Russian Blue has slim structures and delicate bones, which makes them a medium-sized cat. But, due to their impressive thick and double-layer coats, their appearance seems immense and huger than they are. One can notice this while you trim their hair or at bath time.

Russian Blue Are Different From Other Blue Cats

Consequently, the overall appearance of the Russian Blue cat looks more majestic, which sets them apart from any other blue cat.

Russian Blue cats have incredible hunting skills. To witness the hunting skills of your Russian Blue, you can take them outdoor. Their hunting instincts are very enjoyable to watch. You can hide your cat’s favorite toys, and they can trace them by their instincts. Also, they sometimes try catching a bird or lizard, which slightly is not safe as they may get out of your sight or lost.

Apart from historical and character-related facts, there are some more interesting fun facts about Russian Blue cats.

As the Nyan cat was viral all over the internet, many people asked the idea of the Nyan cat to Chris Torres, the creator of the Nyan Cat. Then, he stated that the inspiration for the Nyan Cat was from his Russian Blue cat named Marty- likely named after Marty McFly from Back To The Future.

After the death of Torres’s Russian Blue Marty, he has even tweeted that his cat Marty has influenced many of his comics along with the Nyan Cat.

The Nyan Cat In Short

If you don’t know about the Nyan cat, then read this out.

In 2011, Chris Torres created the Nyan cat who is a cat or Pop-Tart cat that flies through space, leaving a rainbow path behind. The animation was then out on Youtube, which turned viral on the internet.

Do You Know The Tom From Tom And Jerry Is Assume As The Russian Blue Cat?

Everyone is familiar with the animated cartoon Tom And Jerry. Many people assume Tom from ‘Tom And Jerry’ is a depiction of a Russian Blue cat due to Tom’s blue and gray coat in the cartoon series.

If you have never pet a cat before, then you can select the Russian Blue cat as they are quite intelligent, loveable, and easily trainable. Also, the nature and personality of the cat will make you fall in love with them. A Russian Blue cat can be the best companion for cat lovers. You can check out our previous article on how to care for a Russian Blue cat if you want to pet them.

Moreover, after learning various interesting facts about the Russian Blue cat, you may fond them more extra. I believe the mentioned facts of the Russian Blue were beneficial to you in knowing them better. 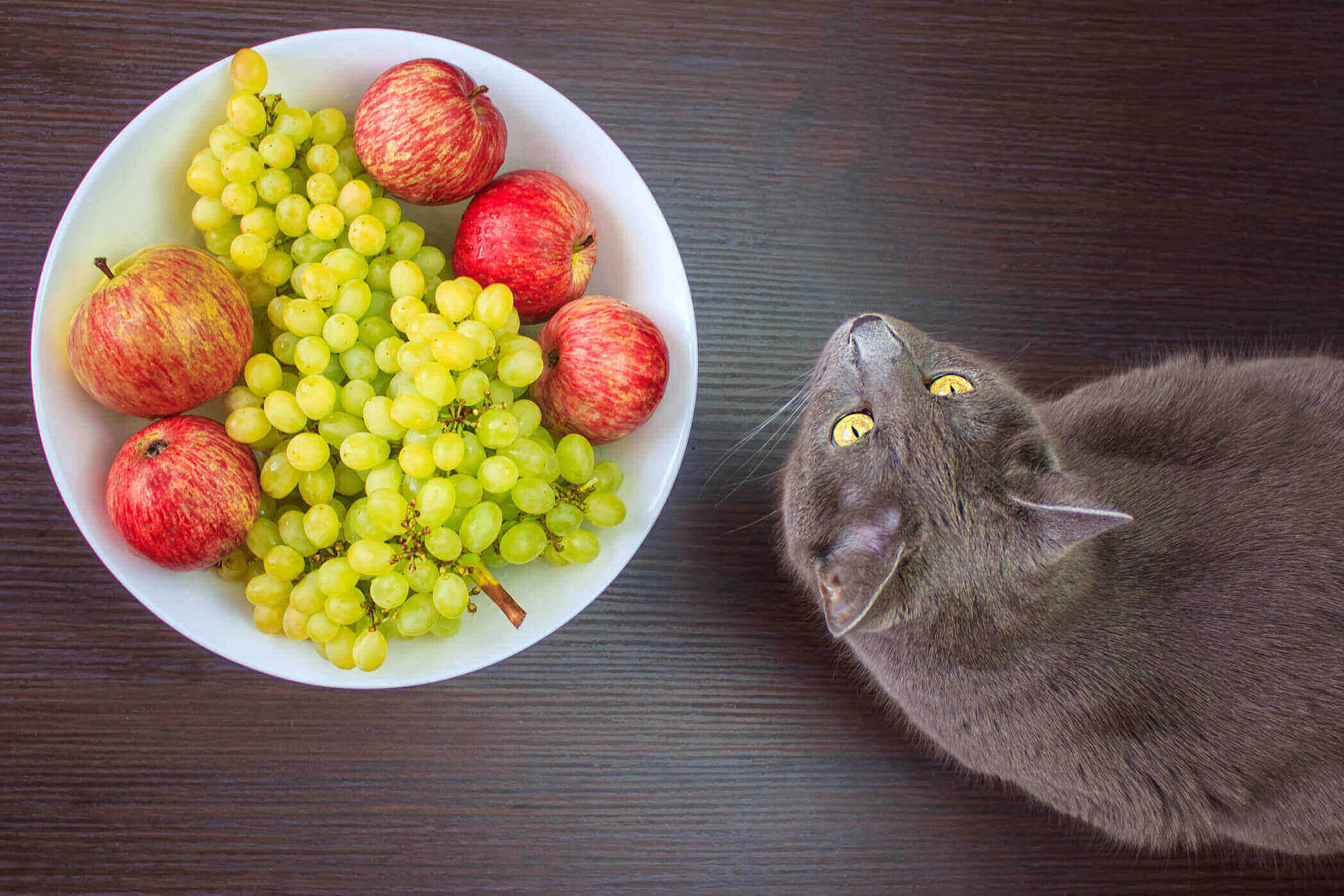 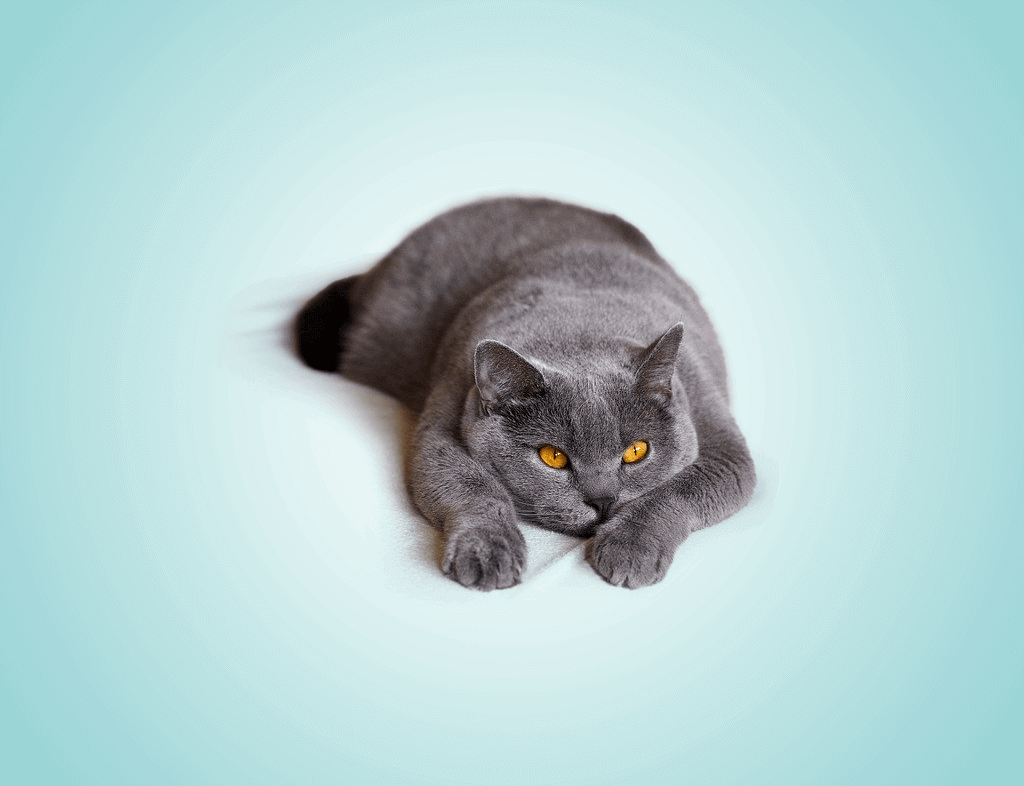 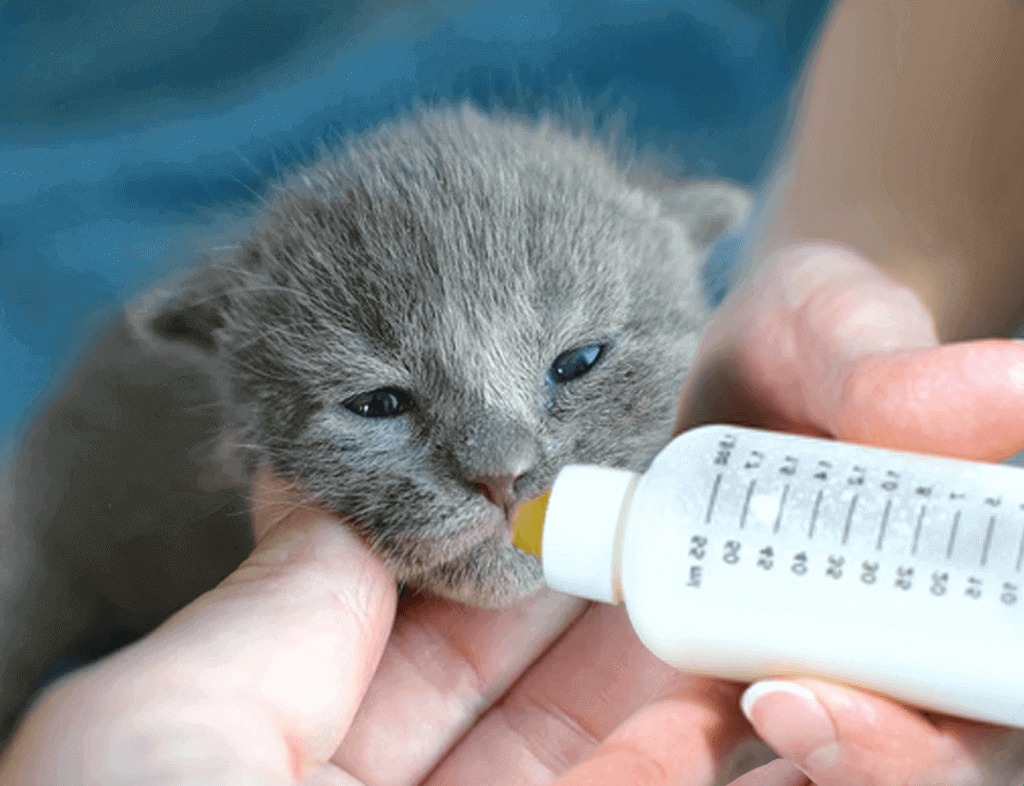 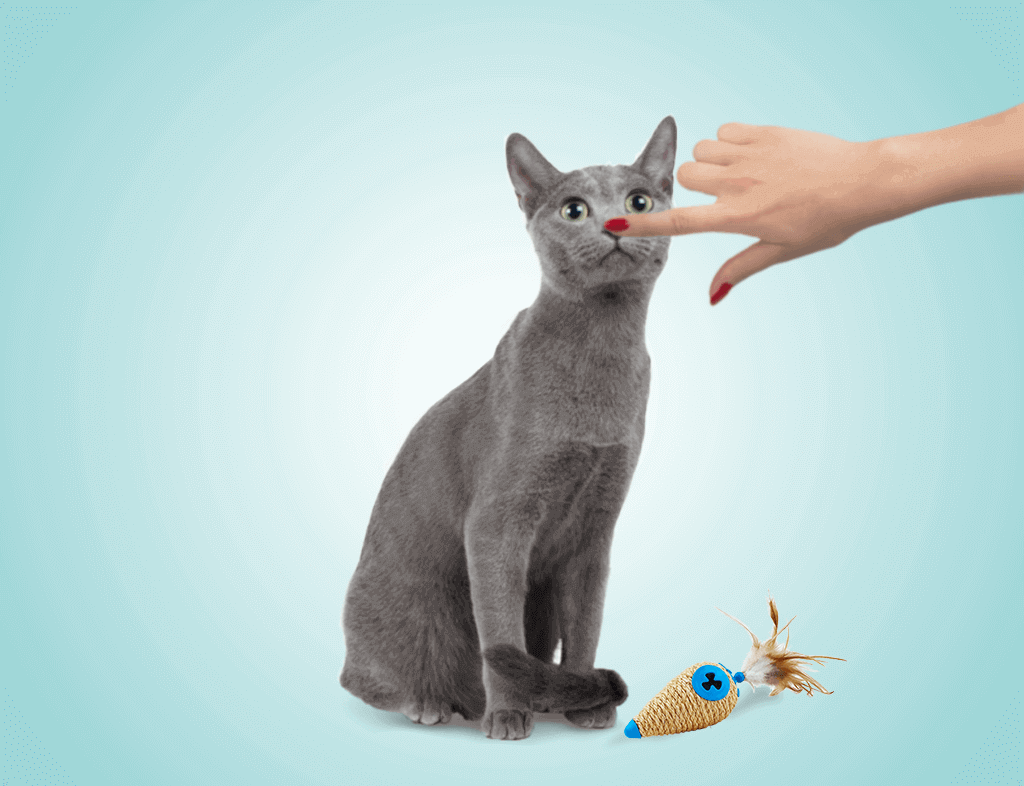 How to Play With Your Russian Blue Cat?